It wasn’t until recently, however, that the mechanisms behind the experiment's results were more clearly understood. In 2005, Thomas Rando at Stanford University and his team found that young blood returned the liver and skeletal stem cells of old mice to a more youthful state during heterochronic parabiosis. The old mice were also able to repair injured muscles as well as young mice. In 2012, Amy Wagers at Harvard University showed that young blood can reverse heart decline in old mice. Researchers identified a protein in the blood plasma called growth differentiation factor 11 (GDF11) that appeared to fail with age.A year later, the same team showed that daily injections of GDF11 also increases the number of blood vessels and the number of stem cells in the brain – both factors known to improve brain function. A separate team led by Tony Wyss-Coray at Stanford performed similar experiments. His team injected blood plasma from young mice into old mice and showed an improvement in the old mice’s physical endurance and cognitive function.

The billion-dollar question is: Would a GDF11 boost have the same effect in humans? Wyss-Coray thought so and took the next step of injecting young human blood plasma into old mice. His results showed that human blood from a youthful donor has similar rejuvenating benefits for old mice as young mouse blood does. It was astounding. The human blood from a young donor had beneficial effects on every organ they studied.In 2014, research teams led by Dr. Ryk Whitney began human trials. Where others in the  medical community seemed primarily interested in exploring the potential benefits of heterochronic transfusions in the fields of oncology and brain-related diseases, Dr. Whitney was driven by his interest in regenerative medicine and human longevity. During the last two years, Dr. Whitney has proven that whole blood -- and to a slightly lesser degree, blood plasma -- from young donors contains proteins and other components that literally reinvigorate and rejuvenate all tissues in the body. Or, to paraphrase Wyss-Coray from Stanford University, "Youthful blood contains the fountain of youth after all. And it is within us all – that’s the crazy thing. It just loses its power as we age."

As our blood ages, so does our body, so do the rest of our tissues. When young blood is reintroduced into circulation, it rolls back the degeneration we incur with age.

Marius Technologies marries the rejuvenating effects of whole blood or blood plasma transfusions from youthful donors with programs that provide fantastic benefits to underprivileged youths around the world. Your rejuvenation provides your rigorously screened, supervised, and dedicated volunteer donors with life changing opportunities to receive and provide medical care and income for their families and their villages. The income donors gain from Marius Technologies programs provides them with educational opportunities and social mobility that would  be otherwise inaccessible. Best of all, your dedicated donors support of your personal Rejuvi.me program takes no more from them than a person would give as a regular blood donor at your local volunteer blood bank.

Are You A Candidate?

The earliest scientific experiments on the effects of heterochronic parabiosis began back in the 1860s, but the most relevant modern history resumed in the 1950s, when Clive McCay of Cornell University, stitched together the circulatory systems of an old and young mouse – a technique called heterochronic parabiosis. He found that the cartilage of the old mice soon appeared younger than would be expected.

Do you have a medical condition that might increase the risks of HTT? Do you need help with financing, and have the ability to travel for your treatments? Find out what alternative medical options or assistance are available to you. 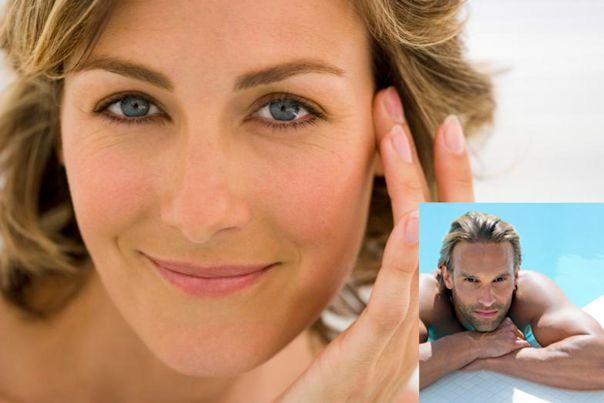